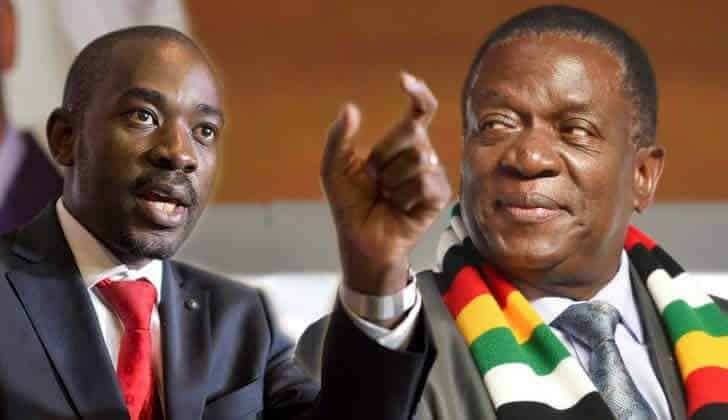 Recent developments within Zimbabwe’s largest opposition party, the Movement for Democratic Change (MDC), could reset the balance of power within both the opposition party and the country as a whole. This comes after an internal power struggle escalated with one faction of the MDC seizing control of the party’s Harvest House headquarters in Harare on 4 June 2020 in a move seemingly backed by the country’s security forces. As of 11 June 2020, this faction continues to retain control of the building with support from the Zimbabwean state.

The source of the current power struggle is rooted in the battle to succeed MDC founder and former leader Morgan Tsvangirai after his death in 2018. This leadership contest was won by Nelson Chamisa who led the newly reunified MDC Alliance, also referred to as the MDC or MDC-A, in the elections of that year. Prior to his death, Tsvangirai had overseen the reuniting of the MDC-Tsvangirai (MDC-T) and MDC-Ncube (MDC-N) parties, which were formed when the original MDC split in 2008.

One of Chamisa’s main opponents was former MDC-T vice president Thokozani Khupe who refused to accept Chamisa’s victory, and instead led a small breakaway faction that continued to refer to itself as the MDC-T and contested the 2018 elections under this name. As the MDC-A was the legal successor to the original MDC-T, it retained control of Harvest House and not Khupe’s newly formed MDC-T.

Following the disputed 2018 national general election, Chamisa refused to accept the result and acknowledge President Emerson Mnangagwa’s victory while Khupe did so. It increasingly became clear that Khupe viewed Chamisa and the MDC as a more of a rival than Mnangagwa and the ruling Zimbabwe African National Union-Patriotic Front (ZANU-PF) party. In March 2020, the enmity between Chamisa and Khupe intensified when the latter approached the country’s Supreme Court to declare Chamisa’s leadership election as invalid and for herself to be appointed as interim MDC leader. This is despite most MDC members considering Chamisa the party’s leader and his successful win of an open contest within the party structures. Naturally, Chamisa refused to step down, resulting in Khupe and her supporters seizing control of Harvest House with the surprising support of the country’s security forces, which have subsequently established security barriers to defend Khupe’s control of the opposition headquarters.

This startling development suggests collusion between Khupe’s faction and the state, thoroughly undermining the MDC’s historic and current stated goal of demilitarising the state and ending ZANU-PF control of the country.

The biggest beneficiary of this spiraling dispute within the MDC is Mnangagwa. He has effectively captured the opposition, both in a literal sense with troops stationed around Harvest House, but also in the political sense by moving to ensure a more friendly figure is legally recognised as the party’s leader. The MDC is the most powerful brand in Zimbabwe’s opposition politics and if the party collapses, it will take a long time for a strong unified opposition to emerge again. Given the likelihood of continued infighting and splintering, this could take several years. Similarly, even if Khupe manages to maintain control of the party name and headquarters, her apparent collusion with the ZANU-PF-led state has completely undermined her as a viable opposition leader.

In the meantime, Khupe has indicated an intention to further dismantle the MDC. She has appealed to the Supreme Court for the right to appoint the replacements of two MDC (MDC-A) legislators who were suspended from parliament in April. Should she be granted this, the Supreme Court will have essentially signed over the entirety of the MDC to her control ─ a position from which she will be able to remove opponents and appoint loyalists. Should the Supreme Court rule in her favour, any MPs opposed to Khupe will need to essentially resign their seats in order to leave the party she would then control.

For his part, Chamisa is legally opposing Khupe’s takeover of Harvest House, arguing that it is private property and the state does not have the right to seize it in such a manner. In addition, he is calling for wider opposition and a “revolution” against Zanu-PF; however, he has thus far stopped short of advocating public protests.

While the MDC devolves into factionalism, the government is continuing its crackdown on the opposition in less subtle ways. Multiple MDC leaders have been arrested in the past week, including party Vice-Presidents Tendai Biti and Lynette Kareny, who were arrested outside Harvest House protesting the security forces’ takeover. In addition, nine MDC district chairpersons were arrested in Masvingo on 9 June when security forces raided the party’s local offices claiming that the members violated the country’s Covid-19 restrictions.

It is clear that Mnangagwa and Zanu-PF see an opportunity to greatly, potentially even fatally, weaken the MDC and wider political opposition. The party no longer has a powerful internationally recognised leader like Tsvangirai and the world is currently focused on the coronavirus pandemic and transatlantic civil rights protests ─ leaving little attention for Zimbabwe’s perpetual authoritarianism and political repression. Accordingly, further use of the state and Supreme Court is expected to exacerbate divisions and conflict within the MDC while any street protests launched by Chamisa will likely be met with arrests and violence by security forces.